Not the usual Amarone: the harmony and gracefulness of Amarone della Valpolicella Classico DOCG 2013 of Santa Sofia 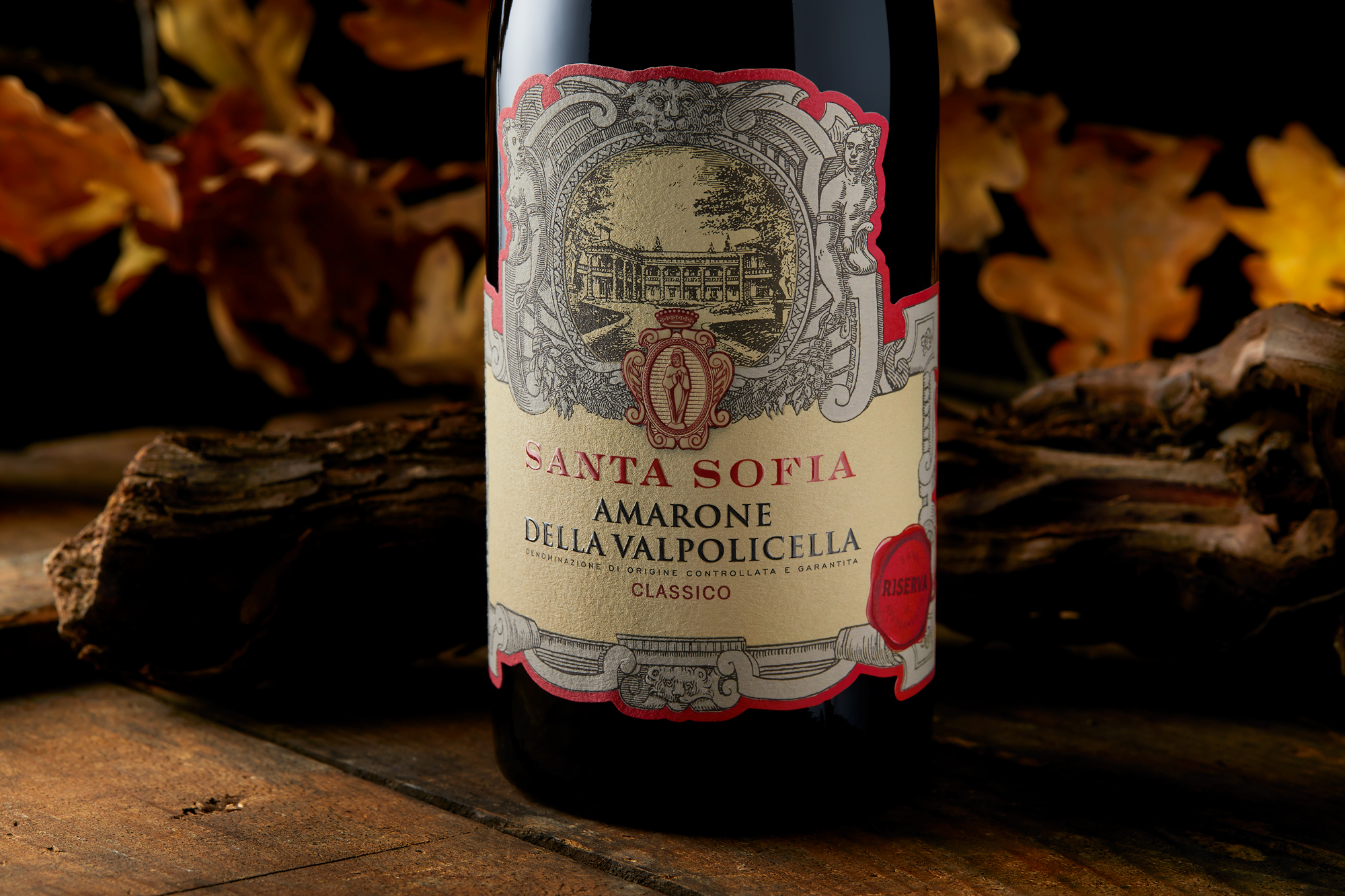 Not the usual Amarone: the harmony and gracefulness of Amarone della Valpolicella Classico DOCG 2013 of Santa Sofia

With its aroma of ripe fruits, balsamic and spicy notes,
the Amarone della Valpolicella Classico DOCG 2013 of Santa Sofia is a wine with a graceful character. Our taste.
By Marco Colognese

“Volli, e volli sempre, e fortissimamente volli” (lit. I wanted it, I always wanted it really hard), wrote Vittorio Alfieri. A poet and his desire of becoming a tragic author. Luciano Begnoni made the quotation contemporary, and he says it with a friendly tone, which hides a world of challenges to win, stubbornness and love for a job that wasn’t in the plan but that he later lived with clear cleverness.
Luciano didn’t finish the studies, forced by the events to get side by side to his father in the management of the company, because of the consequences of the bad behaviour of his father’s partner.

Giancarlo Begnoni acquired Santa Sofia by countess Rizzardi in 1967 and arrived in Pedemonte of Valpolicella, next to the beautiful villa designed by Andrea Palladio in 1565 and related to the production of wine since 1811.
“At the age of 18 I was a non-drinker and I couldn’t stand the taste of wine: I’m saying this with a kind of pride (he laughs) because now I find Amarone in my blood. My conversion? It happened because of a gamble with my dad. I graduated as an accountant and I was attending the university. I never got my degree; I had to come here and roll up my sleeves. I told myself: I can at least try, if I won’t make it, I will do something different, and it all started”.

It was back in the 1984, Luciano was 19 years old and he started a proper career, training on the field, first facing difficulties and then getting many satisfactions, basing everything on the “strategy of excellence” conceived from the very beginning by his father, facing a world of wines made in demijohn and of low quality.
“I started as manager and selling agent and step by step – tasting here and there – things took a shape. I drank a lot and hit the road; I became the eyes of my father in foreign countries. In the ’90 I began to take care of the export: we used to sell in 3 countries and now we are in 70 countries all around the world. At first my father was my co-driver. I remember our first trip to Denmark: he was reading the map, saying “go here, turn there”. It was amazing, almost heroic”.

Luciano studied, he brought home samples from all around the world to make his father understand what the market needed: “we had to make our best to fit the market. It doesn’t mean that we had to follow the trends, those are coming and going: we had to be authentic and keep on the tradition, but also look carefully to the market’s needs.
What does it means? It means that we don’t produce wit wines. If they need a certain style, you need to use the techniques to get closer to that, not forgetting the identity of the land and the varietal and, above all – as my father used to say – not making carpenter’s wines that taste only of wood, all the same from north to south”.

Santa Sofia reality is that of a company that never stops: 24 hectares in Valpolicella Classica, 45 in Valpantena, vineyards between 350 and 400 meters on the sea level, almost 500 bottles and not much space. That is why they’re planning to design a new winery close to the actual one, near the historical cellars that they’re using since 1300 – 1400 to age the wine.
All under the lead of Luciano and Giancarlo, who is still working as a winemaker at the age of 81, following the work of the younger winemaker Matteo Tommasi, who is working side by side to Giancarlo. Luciano really believes in a young team, people that were introduced to the company as “blank canvas” without previous experiences that could influence their learning process.
Seventeen labels for Santa Sofia: “We try to make wines easy to drink, from the light white to Amarone. Dad used to say that two persons who love red wines should be able to finish a bottle. Now for us it is mandatory lo look at our future and be coherent with our heritage and our land”.

That of Santa Sofia is a clean style, distinguishable, wines with a clear character that finds coherence on expressing a fine and elegant style even for the most powerful and structured. Elegance is the fil rouge, backbone of all of them, including the Amarone Classico Riserva 2013, evidently: the vineyards are the oldest in the area of Negrar, Marano, Fumane and San Pietro in Cariano.
The grapes, Corvina and Corvinone 70% and Rondinella 30%, are dryed for about 100 days. The ageing is for as long as you need to have a balanced wine on the market, five years in big barrels of Slavonian oak and at least two years in bottles in the XVI century cellar, which contains 80.000 bottles.

To witness its graceful character, alcohol never gets over 15,5%. Ripe fruits, from the intensity of the ripe morello cherry, spirited black cherry and black fruits, which caress and envelop the nose. And again, spices and balsamic notes in the mouth, where harmony and freshness lead acidity and power: who knows what will be in 10 or 20 years? To drink now or later, nevertheless to enjoy at once.