Santa Sofia: the value of passion 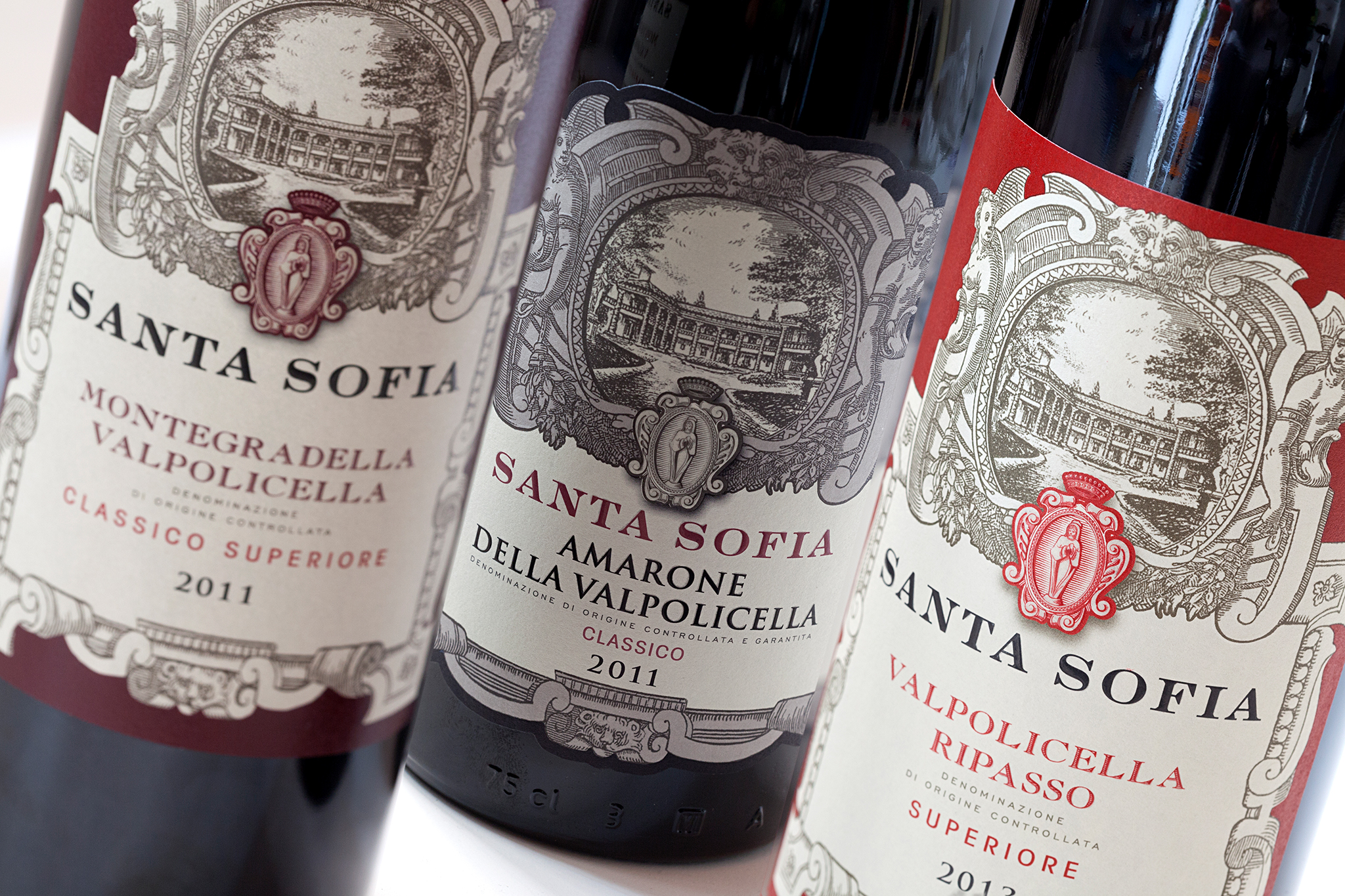 A company leader of a cultural revolution, two centuries of history framed by a novel, wise Vignerons and ancient vineyards.

A Palladian Villa which detains the souls of those living in it, a company leader of a cultural revolution, a family completely devoted to land’s knowledge, the sensibility of a winemaker, and before that of a man, but above all his vision, modern, aware of the true meaning of ”winemaking company”: to sum up, Santa Sofia. 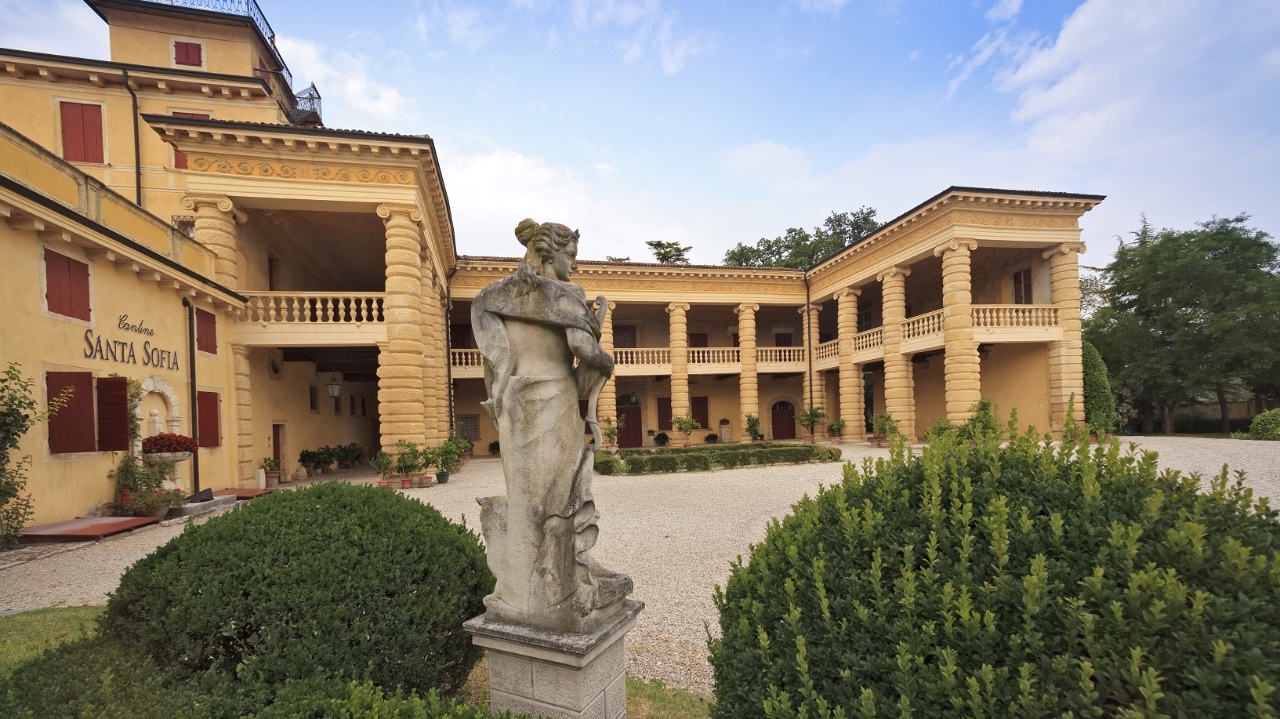 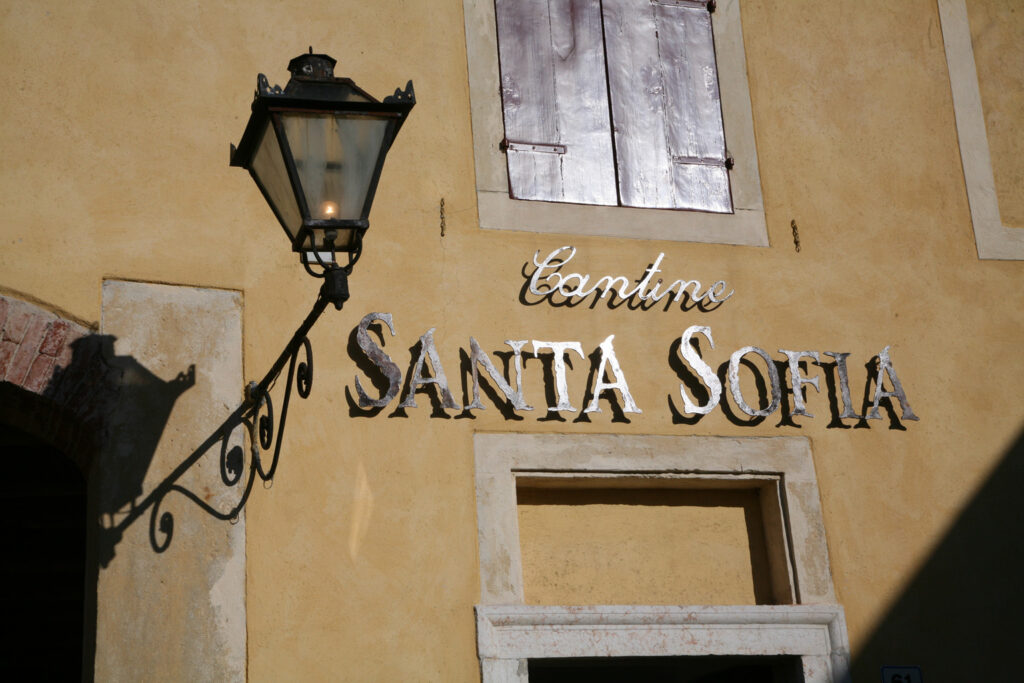 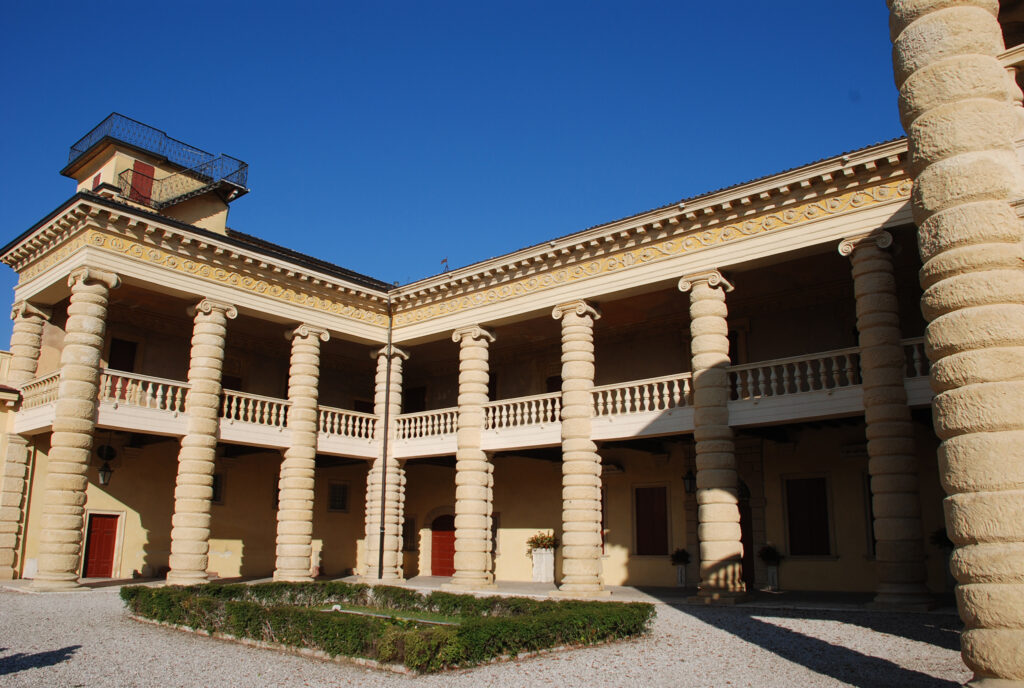 Trying to describe it means to talk about two centuries of history, which could be the setting of a novel. The company was established in 1800, in one of the most beautiful spot of Valpolicella Classica, beside a Villa designed by Andrea Palladio in 1565. An Italian jewel, symbol of our architecture that still today hosts a reality always appreciated for the good quality of its wines, produced with only selected grapes from best lands. 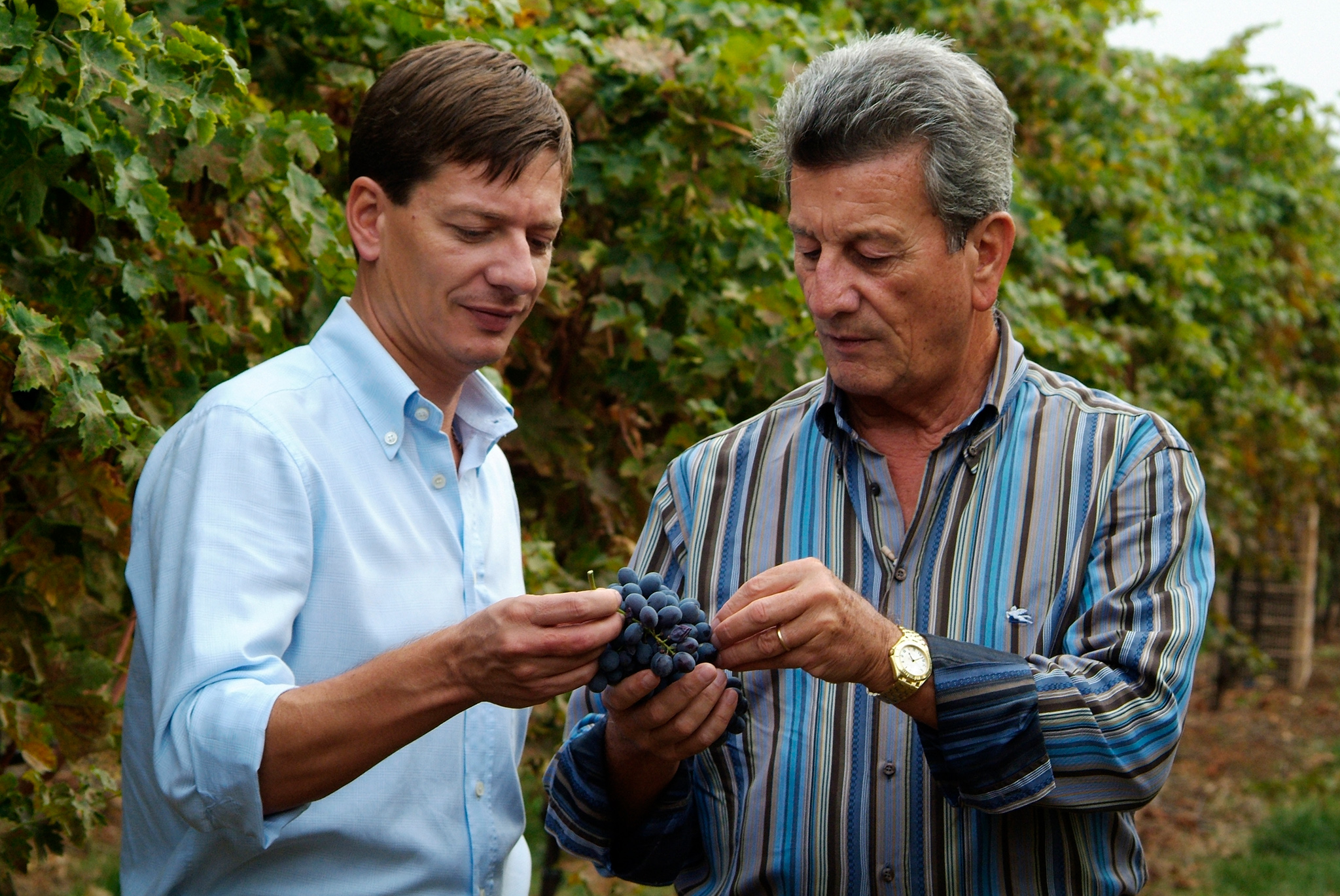 50 years ago Giancarlo and Luciano Begnoni arrived here, father and son: winemaker the elder, graduated from Conegliano, sensitive and enterprising, he will be leader of the company acquired from Rizzardi countess; the younger instead, attained a master’s degree in business school, a Wine Specialist who was able in the ’90 to globalize the company, adding to the portfolio 120 distributors in 65 countries all around the globe, exporting the 87% of the production. Finding again the connection with their heritage, working on the land, creating successful systems, choosing innovation and aiming to excellence: trademark choices in a period during which wine was sold off in demijohns both in Italy as in foreign countries. Intuition first and the steady hand of Giancarlo later, gave birth to classical wines, fresh and elegant. The selected parcel of Monte Gradella became in 1964 the very first bottle of Santa Sofia’s Cru: “Gioè”, the most well-known and required Amarone of the company. 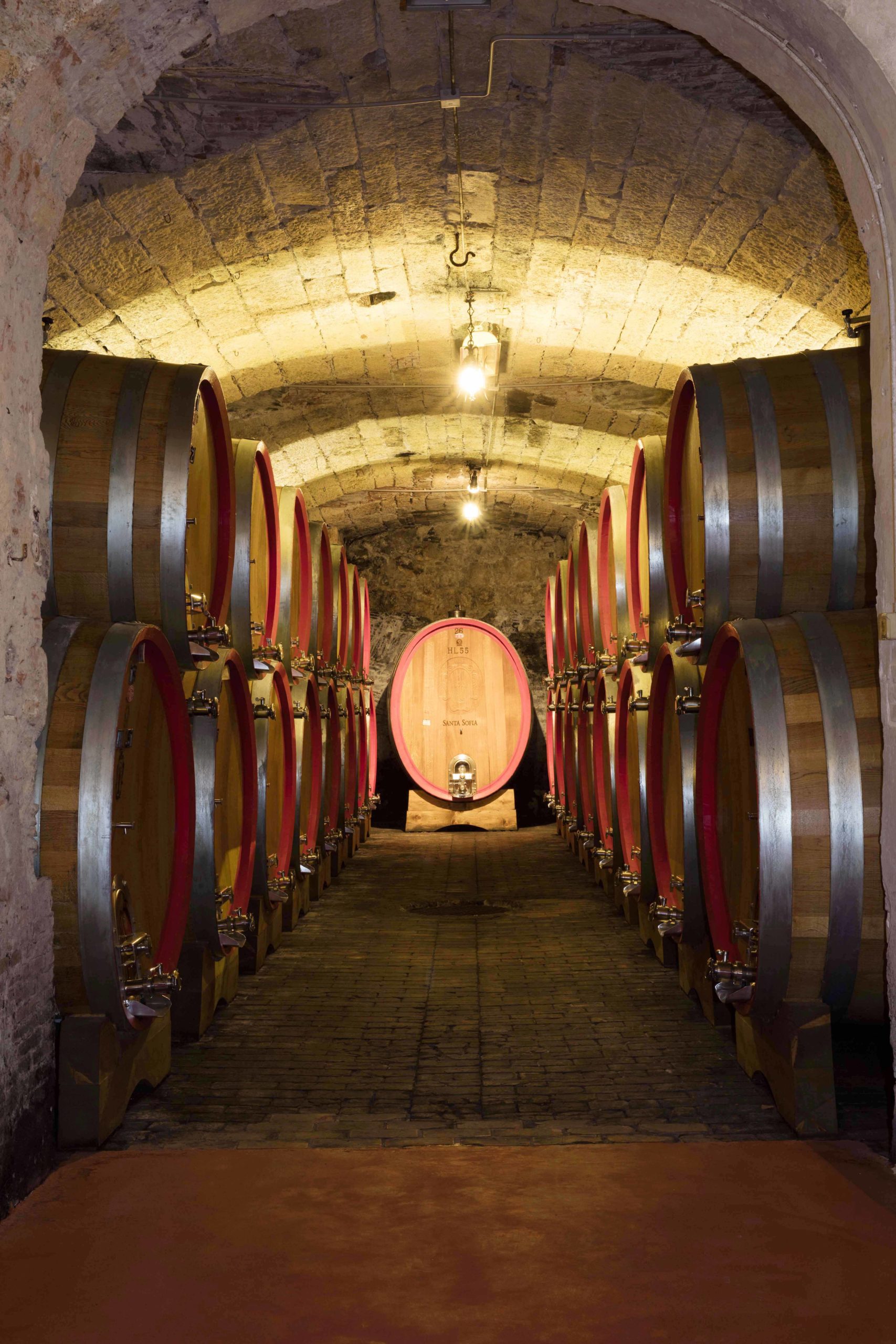 The vines are located on the top of the hill, the rest of the vineyard is Montegradella Valpolicella Superiore. 24 hectares in Valpolicella and 45 hectares in Valpantena added in 2015. Thirty more growers located in different zones that help in difficult years. “The vine growers help to improve the wine – tells Luciano – above all in especially difficult years: we have the possibility to grow vines in different lands, consequentially we obtain better wines than those that you would have with grapes grown in a single land. Crucial is the relationship with the growers, to understand the quality of the grapes and how wine will evolve in time”. 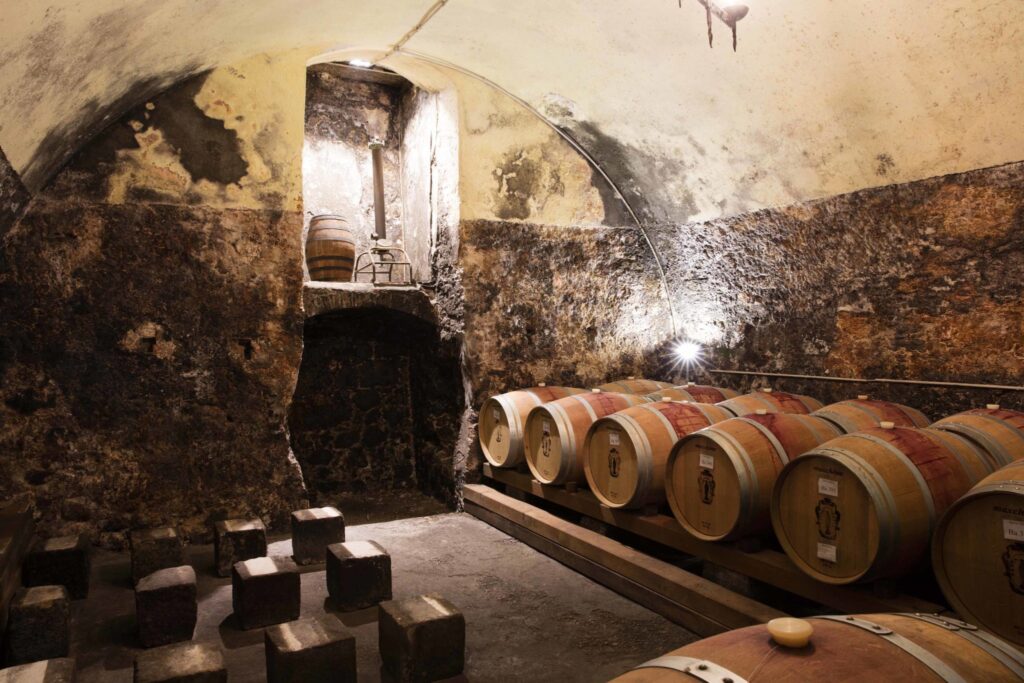 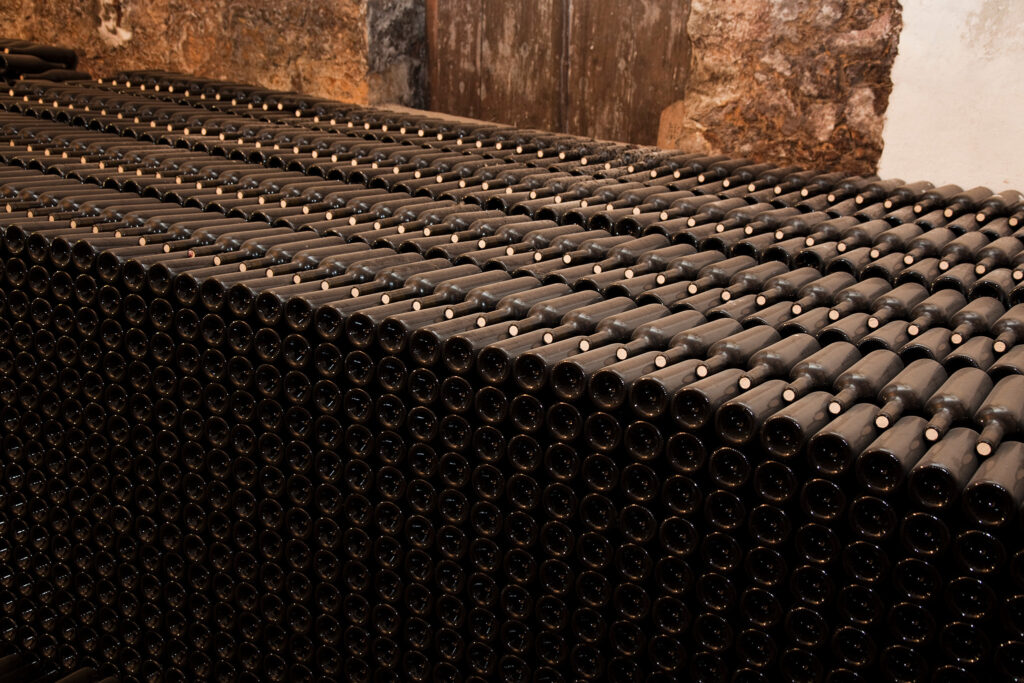 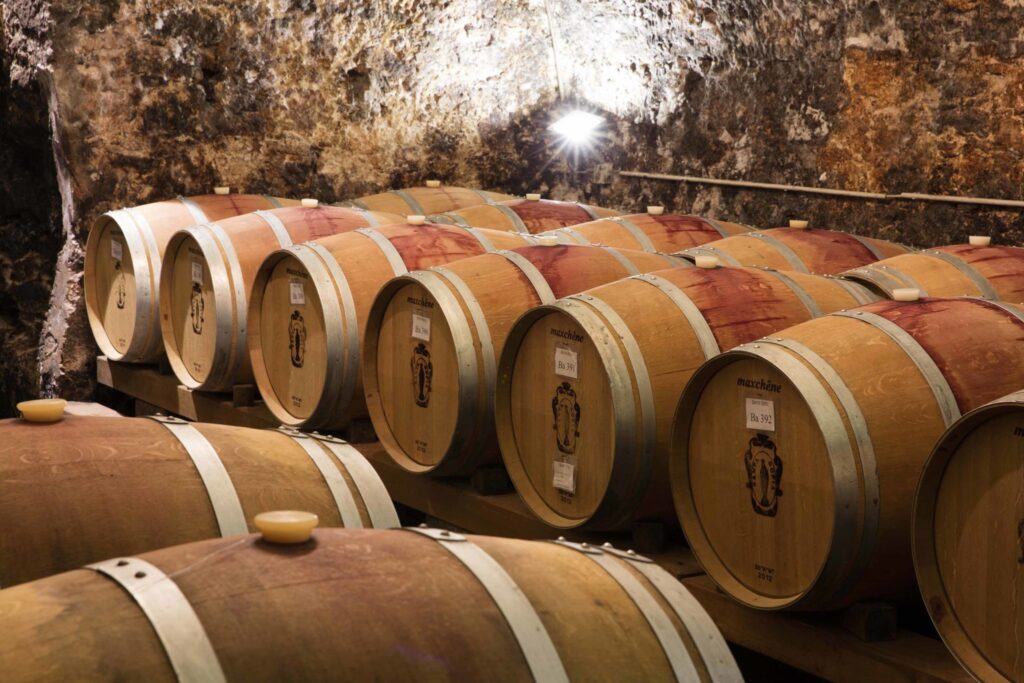 Different kinds of wines here produced are expression of this region: Amarone, Valpolicella, Ripasso and Recioto della Valpolicella Classico. There are some blends also, as El Maturlan IGT, obtained by Corvina (60%) and a light appassimento, plus other varietals from the region or Arleo Rosso Veronese, which is Corvina and Corvinone (85%) blended with Cabernet and Merlot after a little appassimento. Among the “Veronesi” we have also a wine that is living a new spring: Bardolino Chiaretto. With a Provencal style, the Chiaretto from Santa Sofia (Corvina, Corvinone and Molinara) is a product with a precise style. The trendy side of wise vignerons and ancient vines.